The Infamous Russian Tea and Tang. 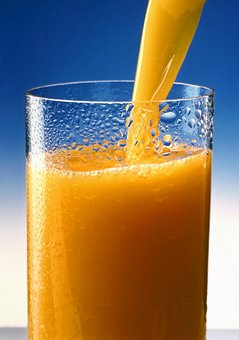 I had a relative who always provided something called "Russian Tea" at any family gathering.  It was kind of a spiced version of Tang and tea that everyone drank.  It was not my favorite due to the orange flavor as I do not even like orange juice.

The other day, I wondered where this "Russian Tea" came from and if it was even Russian in nature.  Since the drink is based on Tang, I thought I'd look at its history first.

Tang was invented by a chemist who worked for General Foods back in 1957.  General Foods started marketing to the public in 1959 but the powdered drink did not take off until 1962 when NASA chose it to accompany astronaut John Glenn on his flight into space and again on the Gemini flights in 1965.

The biggest reason Tang was chosen for the space program was that it covered the odd taste of the water.  The use by NASA brought it to the public's attention and launched the myth that NASA invented it.

No one is sure who created the recipe for Russian Tea but its general sugar, tea, spices and sometimes instant lemonade. There is speculation that the recipe evolved from an earlier version where a strong tea concentrate was made then added to a cup where it was diluted with water.  A sweetener and lemon finished it off to make a Russian type tea.

Researchers have found recipes from the early 1880's for Russian Tea made in this fashion but by 1942, recipes for this drink contain added spices such as cinnamon and cloves and both orange and lemon juices.  In 1953, the Russian Tea recipe used orange jello for the orange flavoring rather than orange juice.  By 1966, the traditional Russian Tea recipe using 1 large can of Tang, 1 cup of sugar, 1 tsp of cinnamon,  half a tsp of cloves and 1/2 cup of instant tea.

That means it was becoming a staple to American life and this could be drunk either hot or cold depending on how your family did things.  The gentleman who invented tang didn't stop there, he also created many other things that became a part of American life.

1.  He invented Pop Rocks, the candy that exploded in your mouth, Cool Whip, quick setting Jello, powdered egg whites and a tapioca substitute for use during World War II during a Cassava shortage.

2. He invented Pop Rocks accidentally as he worked on creating an instant carbonated drink.  In addition to being a chemist, he was a playwright.  One of his plays had a young boy eating magical pop rocks which transported him to another world every time he ate them.

3. In 2016, the sales of Tang generated over $900 million.  In fact over half the amount of Tang sold in the middle east is sold in the 6 week period around Ramadan.

4. Tang is sold in 35 countries around the world.  People in Brazil, Argentina, Philippines, Saudi Arabia, and Mexico consume the most Tang.

5.  The variety of flavors vary according to the tastes of the country such as Mango, Soursop, and Pomelo in the Philippines while Tamarind and Horchata are more popular in Mexico.  The orange variety is served a lot out in the bush of Alaska due to it lasting a long time.

Let me know what you think.