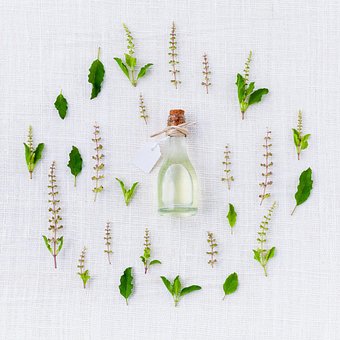 I am not much on wearing scents due to having grown up in a household where no one wore it.  Well except for my father who used Old Spice every time he shaved.

When I did look for scents, I ended up buying very specific scents such as Plumeria, or Jasmine usually in the form of toilet water.  I couldn't afford perfume and now I find too many scents to be either too strong or they bother my nose.

In the mean time, I've decided to learn more about the topic and the legal requirements for the different types of scents.  The term perfume comes from per meaning through and fumare meaning smoke.

First is Eau Fraiche or Fresh water is the weakest of the dilutions where between one and three percent oil is mixed with alcohol and water and lasts no more than an hour.  People like to use this if they cannot afford the more expensive perfumes.

Next is Cologne also known as Eau de Cologne is the oldest term for perfume. It originated in Cologne Germany in 1709, made by a homesick Italian, thus its name of water of Cologne. The fragrance took off and was purchased by many of the royal households.  It's price was equal to half a years wage of a civil servant.  It usually has between two and four percent fragrance oil composed mostly of essential  oils and the absolute.  The mix lasts for up to two hours.  Younger people tend to prefer this type because the scents are more fruity and light.

Then we have Toilette or Eau de Toilette often found as a light spray with 5 to 15 percent pure essence dissolved in alcohol and lasts for up to three hours. It is often referred to as Aromatic waters and is used during the warmer months of the year.  This dates back to 14th century Europe when Queen Elisabeth of Hungry created the first toilette water.  This variety is recommended for daily use because of its lightness and its ability to dissipate.

This is followed by Perfum or Eau de Perfum has between 10 and 20 percent pure essence with the lasting power of up to eight hours.  It has a lighter scent than perfume and is sold either in bottles or as a spray.

Finally is Perfume with the most concentrated amount of pure essence of between 15 and 40 percent and a single application can last up to 24 hours.  It has a slightly oily feel and must be sold in stopper bottles.  it is never sold in a spray due to its cost and too strong.

The perfume essence is the base for all scents and provides the actual fragrance.  It is composed of essential oils such as sandalwood or lime, absolutes such as jasmine or rose, animal extracts such as musk, and any synthetic fragrances.  It often does not smell good alone due to its concentration so it must be diluted with alcohol or water.