The History of Kool-aid. 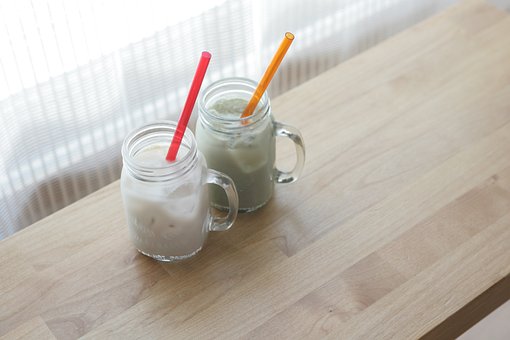 Did you drink Koolaid when you were growing up?  I did but my mother always got the unsweetened type so she could add sugar to it.  Now kids I know us the unsweetened variety to dye their hair.  After all it does stain the carpet, especially the red colored type.

Edward E. Perkins, the person who came up with Kool-aid,  spent his early years looking to make and market all sorts of things from nicotine relief to creams, etc.  All through high school and his early married career, he kept making and selling things.

Along the way, he bought his own printing press to create labels for his products, while publishing the local paper.  After high school, he became postmaster of the local town and with his printing press and his own mail order businesses, he increased the amount of mail through the post office so it went from cancellation to a salaried position.  He sold anything and everything he could.  He even went so far as to finding agents to sell his items for  cut of the sales.

Eventually, he created Fruit Smack which was a concentrated fruit drink meant to be mixed with water. The Fruit Smack came in six flavors and was sold in four ounce bottles sealed with a cork.  Unfortunately, it was difficult to ship due to breakage, leaking, and the cost of glass bottles all presented problems.

He knew it could be made into he tinkered with the basic recipe of dextrose, citric acid, tartaric acid, flavoring and food coloring for his powdered version he sold under the name Kool-ade in 1927 but later renamed it Kool-aid.  Creating the power drink was easy, it took longer to create a suitable package for the mixture.  After much experimenting, he finally settled on using a soft waxed paper interior with a lithographed colorful outer cover.

After a lot of experimenting, he could finally market it but he missed the summer of 1927 and could not think of marketing it until next summer due to it being seen as a seasonal drink. It wasn't until he took on a new partner and moved the business to Chicago that it began taking off.  Even through the depression hit hard, he was still able to convince people to buy it and sales jumped from just under $400,000 in 1931 to over $1,500,000 in just five years.  Over the years, its continued to grow and thrive.

Along the way, several other companies have created their own versions of powdered drinks but none seem to be around in the same manner as Kool-aid. Do I drink it now?  No because I don't like it but I loved all the commercials as I grew up with the animated character and kids.

Email ThisBlogThis!Share to TwitterShare to FacebookShare to Pinterest
Labels: Kool-aid.