11 of the Best Places to Travel in the Fall. 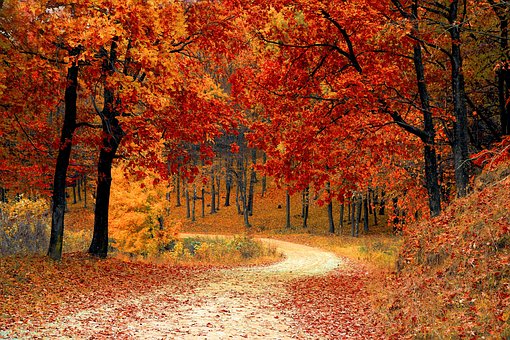 I can only travel during the summer or around Christmas time but other people have the option to visit places during the fall. When I retire, I'd like to spread my traveling across the full year and not just cram it into the summer.

So what are some great places to see in the fall?  I know I don't know so after a bit of research, I've come up with some lovely suggestions.  These suggestions are not in any particular order.

1. Highly recommended is the Oktoberfest in Munich which runs from the end of September to the beginning of October.  Be warned this event attracts over 6 million people to enjoy beer and pretzels.

2. What about Grizzly Bear watching at the Bear Camp in British Columbia from August to October.  Its a great place to go to take pictures of bears in the wild.

3. Go to the Caribbean because its the off season for hotels but hurricanes are up a bit.  However,   Aruba, Bonaire, and Curacao are less likely to be hit due to their location.

4. Do you love seeing the leaves  change.  Most people think of New England but Japan, The Douro Valley in Portugal, along with Moscow have gained reputations for places with spectacular fall shows of changing color.

5. If you are an avid skier, think about heading to Chile to do some spring skiing.  In addition, many resorts including the Portillo resort have good prices going since its toward the end of the season.  I tried skiing one time but ended up going down the hill backward. I've never been since then.

6. Check out the Diwali Festival of Lights in India.  Its a 5 day Hindu festival held in November usually.  It attracts millions of visitors with its fireworks, prayer, and celebrations.

7. If you've wanted an excuse to go to Africa, check out Malawi's Lake of the Stars Music Festival toward the end of September.  You may not find the big names you are used to, but you'll hear some great music you'll enjoy.

8.  For those who prefer something a bit more unusual, check out the World Beard and Moustache Championships in Austria.  This biennial championship happens in odd years, so it is happening this year.  You'll find it in the Austrian Alps during the beginning of October.

9. If you rather stay in the United States, San Francisco has gained a reputation as a great place to visit in the Fall due to fewer tourists.

10. Another great place to visit in the fall is the Grand Canyon.  The fall has fewer crowds and better temperatures.  Its beauty is the same year round.  I visited near Christmas one year. I took so many pictures including one of a tree whose bark was amazing.

11.  Check out Washington D.C. in the fall.  Once school starts the number of visitors drop making it less crowded as you check out museums, plazas, and monuments.

Email ThisBlogThis!Share to TwitterShare to FacebookShare to Pinterest
Labels: Travel.