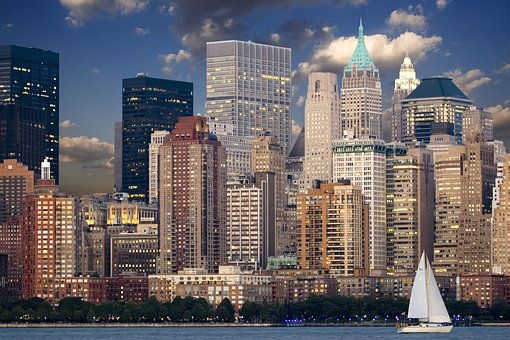 Have you ever wondered if the Europeans actually purchased Manhattan, NY for $24.00 worth of beads and trinkets or was that one of those myths that sprung forth due back in the mists of time?

I remember hearing about it when I grew up and accepted it as truth but somewhere in the last couple of years, I heard something about it being a myth.

There is a primary source in the Dutch Archives where a reference is found to purchasing the land for 60 guilders in 1626. Although there is a deed in regard to this, the deed was not written for several decades and by that time, it was inhabited by the Dutch.

The $24.00 came about in the 19th century, when historians converted the 60 guilders into American dollars.  Since then, that figure has been quoted as the purchase price. There is no evidence what the exchange rate would have been in 1626 since the dollar did not exist.

There are still mysteries surrounding the whole even.  Even though there is a letter written by a merchant in regard to the purchase of the land, he neither mentions which tribe sold it, nor who actually bought it.  There is some speculation that the tribe who sold the land didn't, actually own it but were just traveling through.  Apparently, the Dutch claim was contested later on and they had to pay the true owners but it is not known how much was paid as compensation, so they ended up paying twice.

In addition, the author does not actually mention what was used to purchase the land.  He only states they traded "for the value of 60 guilders".  Based on what the Dutch paid for Staten Island, years later, it is possible usable items such as shirts, cloth, powder, socks, muskets, adzes, kettles, axes, knives, and lead made up the value.  Items considered quite usable at the time.


I hope you enjoyed reading this. Let me know what you think.  Have a good day.

Email ThisBlogThis!Share to TwitterShare to FacebookShare to Pinterest
Labels: The purchase of Manhattan.