Blowing Smoke up Your Rear and Other Sayings. 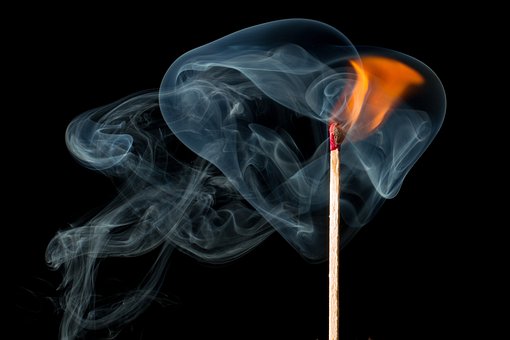 I started reading a book called "Quakery: The History of the worst ways to cure anything.", a fascinating book which I'll review another day.  It talked about "blowing smoke up your ass".  I think everyone has heard it but never knew how it originated.

Now a days it means someone is saying nice things to you but insincere when doing it.  That is not what it originally meant.  It originated back in the 1700's as a method of resuscitation.

You read that correctly.  At the time, the medical establishment believed one should blow smoke up a person's rear, it could help resuscitated them after being drowned. it was such a common procedure the city placed kits along major waterways such as the Thames for use by the resuscitation crews who regularly patrolled rivers etc.

They used tobacco to provide the smoke because they felt the nicotine would stimulate the heart to beat better causing the lungs to work.  Although they sometimes caused it to go into the body via the nose and mouth, doctors felt it was more effective to force it up the rear using tubing.

Another saying "Turning a blind eye" which currently means to ignore a particular reality.  This came from the British Navel officer Horatio Nelson who when told they should surrender during an the Battle of Copenhagen in 1801, put the telescope to his blind eye, stating he saw nothing.  The British went on to win the battle.  Historians believe this is a historical myth but it has stood the test of time.

What about "Shedding crocodile tears" meaning a person cries but is not sincere in their sorrow.  This saying comes from the belief that crocodiles cried tears when they killed and ate their food. This thought comes from a book published in the 14th century which tells of a knight's adventures through Asia.  This book was extremely popular with the myth of crocodile tears making it into one of Shakespeare plays when it became a widely used idiom.

The term "Diehard" actually came from the 1700's to describe those who took longer time to die when hung by the neck to die.  Later in the 1800's it took on new meaning during the Battle of Albuera in 1811when the commanding officer told his soldiers to go forth and die hard.  They earned the title of the "Die Hards."

Have you ever read the "Riot Act" to your kids or your parents did it to you?  This is based on a real document passed by the British back in 1715.  The Riot Act gave the British the ability to label any group of 12 or more people as a threat to the peace. The official would read the riot act to the gathering of people and anyone who had not dispersed within the hour could be arrested and subject to charges.

"Painting the town red" originated from a drunken endeavor by the Marquis of Waterford who lead a group of drunk people through town.  During the trip, they damaged flower pots, doors, windows and to top it all off, they painted several doors and a statue red.  Although the Marquis and his friends paid the city for the damage done, the term remained to mean a wild night out.

Did you ever wonder about the phrase "Running Amok"?  It originated in the 18th and 19th centuries based on The English observing certain Malaysians who would suddenly went crazy and brutally killed people as they went on killing sprees.  Amok describes the Malay and Javanese warriors who carried out indiscriminate violence.  These warriors fascinated the English, even Captain Cook, because it was thought these people were possessed by evil spirits but has since become a diagnoseble  mental condition.

I hope you enjoyed reading about these.  More another time.  Have a great day.  Let me know if you enjoyed it.
Posted by Lee MacArthur at 4:00 AM