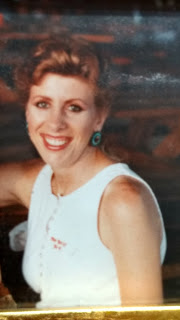 My sister has been fighting cancer for the past 6 years. She first was diagnosed with breast cancer. At the moment of that diagnosis, she started treatment. The guys in the family shaved their hair the day she had to shave hers. They sent the photo of unity out to everyone.  Through this whole ordeal she continued to work. Then one day, we received a note that she was in remission.

Over the next couple years, as nothing happened, we started to breath easier until one day she went into the doctor for her back. The cancer had been working quietly behind the scene. The cancer was in her spine. From that point onwards, she was getting regular treatment.

She would tell us about all the different treatments were available and how hers was doing but one new medicine they tried put her in ICU because she was one of those one percent who could not tolerate it. Over the months we’d get reports of how her markers were dropping and everyone held hope she would win the battle.

Unfortunately, she caught a bug just before she died that ravaged her compromised immune system. I got a call on Saturday, January, 20th to fly down immediately to say good bye. I understand when the doctor told her this was it, she told the doctor “No, I have 10 or 15 more treatments I can try”

When we grew up, we shared a room for most of our childhood.  She was extremely neat and I, well I was not noted for my neatness.  I drove her crazy and I knew it drove her crazy so I never wanted to clean up.  There was another time, she decided to mimic a shampoo commercial using a bottle of ketchup but she forgot to check the lid so when she lifted it up and turned it over her head, the ketchup poured out all over her hair.

It will be a while before I work through my grief because this wonderful talented lady has move on, leaving a hole in me.  Thank you for allowing me to share this.  I know I feel better writing about her.