The History of Movies 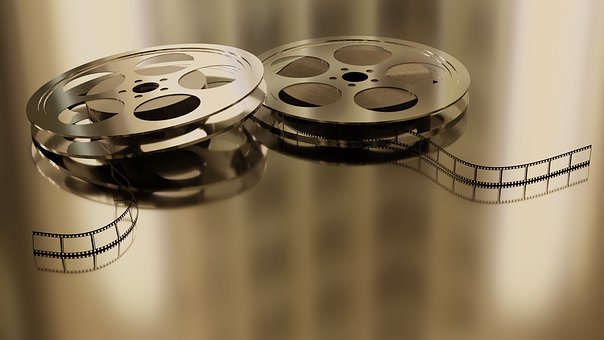 If you read my short history of Hollywood, you know the movie industry began on the east coast but what about movie making itself?  When did that happen?

The predecessor to actual films originated in the late 1800's when someone invented motion picture toys which were designed to trick the eyes and brain into seeing these toys move.  They did this by showing a series of still one right after another so you "saw" movement.

In 1872, Edward Muybridge set up 12 cameras at a racetrack, so as the horses ran in front of them, each camera captured a photo.  The sequence of photos showed the horse running and at one point all four legs were off the ground. He wasn't thinking of film, he was trying to answer the question "Does a horse become fully airborne while running."  The answer of course is yes.

In 1885, the first film for motion pictures appeared after being made by George Eastman and William Walker.  Shortly afterwards the Lumiere brothers invented a hand cranked machine which captured and project stills in rapid succession. By 1890, a motor powered camera which could pictures came out of Edison's lab.  Although Dickson, his employee, developed it, Edison changed his business to Edison studios but the camera itself used film 35mm wide and used sprockets and holes in the film to move it thus creating moving pictures.

During this time, Edison and his employees created films, small viewing boxes, and obtained patents for all the equipment.  He also built the first film studio to record films.  His company filmed a man sneezing and then obtained the first copyright ever granted on a film.   About this same time, theaters opened filled with viewing boxes each individual used to watch these shorts but in 1894 the first film was projected on a screen in Indiana.  In addition, the first color film made its appearance of a vaudeville dancer.  Color films at this time were hand tinted rather than using a true color film.

Throughout this decade, improvements and changes occurred in rapid fire including former employees of Edison.  It wasn't long afterwards that people began exploring backdrops, editing, even the flow of a story by creating films but most films were silent with pianists who provided music and the dialog was printed on a still.

One of the earliest and most well known film "The Great Train Robbery" appeared in 1903, created by Edward S. Porter. Although many theaters had already opened, more popped up.  These theaters build a market and provided funding for films and provided a place to show World War I propaganda films.

By the mid teens, film makers moved out to Los Angeles to film their movies due eternal sunshine which was needed since this was a time before lighting and possible tax breaks along with the distance from the east coast and Edison.  But it was the 1920's when film making exploded and the first "movie stars" emerged along with the first recognized directors.

The 1930's were known as the  Golden Age of Hollywood with major film studios, film stars, the introduction of sound and the creation of different genres such as action, mystery, etc. In addition, audio sound tracks were used regularly.  Although the attack on Pearl Harbor in 1941 caused the movie industry to slow down, they recovered strongly with new technological advances such as special effects and better sound recording.

Over the next few decades, television entered homes, and Hollywood changed its focus to attract the younger generations so they could stay in business.  In addition, independents sprung up, producing movies. Unfortunately, the increased use of special effects has increased the cost of making films making the cost of attending films more expensive and certain stars are able to command multimillion dollar fees which also drives the cost up.

I hope you like the brief history of the movies.  Let me know what you think.
Posted by Lee MacArthur at 4:00 AM

Email ThisBlogThis!Share to TwitterShare to FacebookShare to Pinterest
Labels: Movies