7 Facts about Easter Bunnies and Candy. 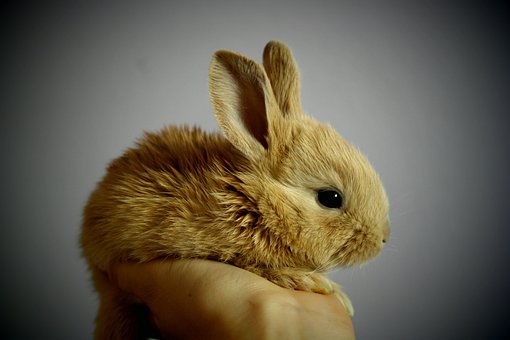 Today kicks off the three day religious weekend for most Christians.  Today is Good Friday and Sunday is Easter but over the years, traditions have begun which are not always about religion.

The Easter Bunny came to America via German immigrants in the 18th century.  The story of "Osterhase" is that a white hare left colored eggs for all good children on Easter Sunday.

American children built nests and leaves outside in their gardens for the eggs from the Easter Hare while Germans left out socks and hats to serve the same purpose. Along the way, it changed from an Easter Hare to Easter Rabbit and the nests switched to baskets filled with candies, etc.

The Germans were also responsible for the very first edible Easter egg made of a pastry surrounding a sugary center in the 19th century.  The first chocolate eggs appeared in Europe in the 19th century.  Originally, the first chocolate handcrafted Easter rabbits appeared in the 1830's and 40's but by the 1880's they were more common.  As candy making improved, companies began producing more and more types of candies.   Did you know that 76% of the people who eat a chocolate Easter rabbit, eat the ears first.

Another candy found in Easter baskets are jelly beans.  The earliest mention of jelly beans dates back to the civil war when a Boston candy maker urged people to send jelly beans to their loved ones fighting in the war.   By the early 20th century, jelly beans were sold in the penny candy section of stores and they joined the candies given at Easter.

There are also some interesting facts associated with Easter candy.

1.  Did you know that 81% of parents admit to stealing candy from their children's baskets.

2.  Over 91 million chocolate bunnies are sold in the United States alone.

3.  Peeps are the most popular non-chocolate Easter candy with over 700 million being consumed in the Untied States.  It takes just 6 seconds to make a Peep.

5.  No one is sure how much the largest chocolate bunny weighs because one source sites 8000 lbs while the other one claims its 16,000 pounds.

I hope you have a great Easter Weekend.  Let me know what you think, I'd love to hear.  Have a good day.

Email ThisBlogThis!Share to TwitterShare to FacebookShare to Pinterest
Labels: Bunnies and Candy