He Made History Going The Wrong Way. 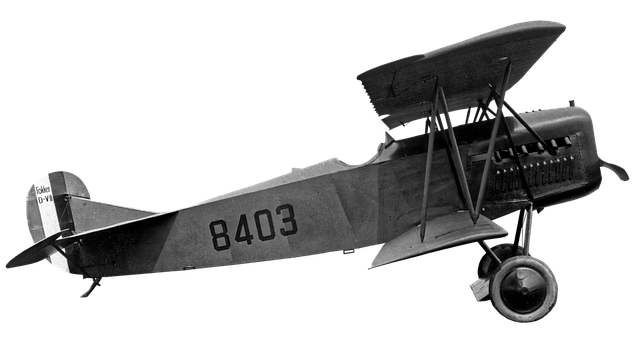 There was a man back in the early 1930's who made history when he headed back home but got lost and ended up across the world in a different country.

This man, Douglas Corrigan, began life in Texas but at the age of 18, he took his first ride in Los Angeles where he got hooked.

He kept going back to the air field every Sunday to take a flying lesson and hang with mechanics, learning more about engines.  In March 1926, he soloed and received a job offer from the men who ran the airfield.  He accepted but when he arrived at the factory, the airplanes were in various stages of construction because many people cancelled their orders.  Then Charles Lindbergh contacted the company to see if they could build him a plane.  They stated for $10,000, they'd have a plane ready for him in two months.

Douglas met Charles Lindbergh when he and a mechanic were sent out to a field to start the plane to see if he could fly.  Charles proved he could and the company built his famous plane  - The Spirit of Saint Louis.  The plane he planned to fly to Paris.

When he heard that Lindbergh made it to Paris, he decided he wanted to fly across the ocean but it would be a while before he could pursue his dream.  When the aircraft company moved to Saint Louis, Douglas stayed in California where he got a job teaching flying.   He often performed stunts, gave people rides but he was finally able to buy a plane.

At this point, he decided to he wanted to be the first person to fly from the United States to Ireland so he refurbished his plane, added extra gas tanks, etc but when the inspector checked it out, he only certified it to fly cross country. He kept applying to authorities to be allowed to fly to Dublin but they kept telling him next year or he needed a radio license even though he didn't have a radio.

Eventually, he flew to New York, then back to Los Angeles where federal officials caught up with him.  After a bit of work, he finally got his plane certified to fly to New York and back again.  While getting prepared he experimented with speed before deciding that 85 mph was the perfect speed.  On July 7, 1938, he took off, heading for New York.  On the way, his gas tank developed a leak so by the time he finally landed in New York, he was down to four gallons.

After landing, he filled his tanks tanks, got everything ready for a return flight.  On July 17, 1938 he took off but the plane was so loaded it took longer than normal for the plane to get off the runway.  He disappeared into a fog to the east.  Ten hours later, Douglas felt his feet get cold, gas leaked all over the place including his feet, so he grabbed a screw driver, punched a hole so the gas would drain from the cockpit.  After a long night, he landed in Dublin accomplishing his dream.

He explained his trip as having gotten turned around in the clouds as he burned off extra fuel because his compass had broken and he ended up in Ireland instead of California.  He'd arrive with no passport, none of the usual papers so the Irish customs agents had to contact the American Representative.

He was extremely lucky in that the only penalty he suffered was a suspended license until he returned to New York by boat.  His story made the newspapers and they gave him the name "Wrong way" Corrigan.  He made his mark in aviation history due to this.  He eventually admitted he'd intentionally flown to Ireland but not until the 1980's.   He died on December 9, 1995 at the age of 88