Inventions That Saved Us Time. 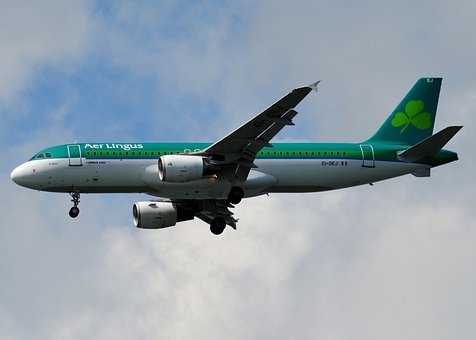 I know we have it so much easier than most people who lived around 150 years ago or even before.  Think about how long it used to take to go across the country?  Or even travel to Europe, or doing laundry?

Then came the Model T Ford, the first mass produced affordable car everyone could afford.  Other cars had been produce prior to 1908 but these cars were built individually and only the rich were able to purchase them.  When the first Model T's were made, they cost $825 in 1908 but by 1924 the price dropped to about $370.  The Model T Ford made it possible for people to replace their horse and buggies with something faster and easier to handle. This made travel faster.

The Jet Airplane made its appearance in 1939.  The first jet planes were turbo jets that sucked air in the front, ran it through the engine where it was heated before being sent out the rear.  It caused planes to go faster, making travel easier.  It would be another 15 to 20 years before airlines began using jets for regular service.  A trip from New York to Los Angeles dropped from four days to several hours, flying at a top speed of 372 mph. Eventually, one of the companies built the Concorde which flew from New York to London in just under 3 hours in 1997.

Just a couple years later, the first computer as we know them arrived but at this time they were big and bulky. It would be another few decades before computers got small enough they no longer took a whole floor and had lots of computing power.  Now computers are found in our watches, our phones, everything.  I include mobile phones because they have tremendous computing power.

One of the most recent time saving inventions, born in 1969 and used by most everyone is the Internet.  It was originally built to linking communications but has become the largest data base in the world filled with everything from movies, to shopping, to libraries, and so many more things.

Of course, others might disagree with these and argue that many of these only save time in terms of distance but if you get stuck in city traffic in your car, it might be faster to walk.  Many the woman might argue that the washing machine was one of the greatest time saving inventions because you no longer have to heat water, swish the laundry around in hot, hot, water, wring it out, and hang it out.  In other words, it could take way longer than the 40  minutes needed to wash a load.  It adds up when you have 6 load to do every couple of days.

My mother loves her dishwasher because she just throws dishes in, turns on, and she can spend time doing other things rather than getting all the dishes done.  I remember aunts who'd prewash all the dishes before stacking them in the dish washer but I think it was because they didn't always get food off successfully.

All of the inventions I've mentioned have made tremendous changes to the time it takes to do anything.  In a sense, many of these changed our lives so we'd be lost without them.  Let me know what you think, I'd love to hear.  I'd also love to hear if you have an invention you consider as a huge time saver.