Are You Sure Easter Is Over? 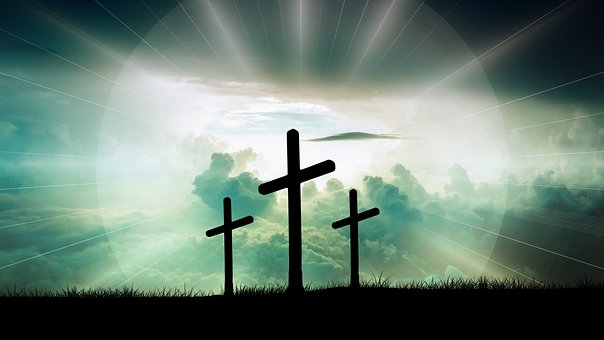 I am sure you read the title of this blog entry and you automatically replied "Of course it's over.  It was this past Sunday!"  That is true but only for the churches who follow the normal religious calendar such as Catholics and Protestants.

There is, however, a group who have not yet celebrated Easter.  I am aware of this group because some are found in the state of Alaska.

The group that still has to celebrate Easter are often classified as "Eastern Orthodox". Eastern Orthodox churches developed in the Eastern Roman Empire around Byzantium and is often called "Byzantium Christianity". I am most familiar with the Russian Orthodox Church which came  when Russia sent people over to settle and hunt for furs.

Here in Alaska, the Russian Orthodox celebrate Christmas about a week later and Easter is also about one week later.  Most of the time Easter is celebrated on different days but every so often the two Easters coincide but that won't be until 2025.

One reason for this is that the Eastern Orthodox calendar is based on the Julian calendar while the Western group uses the Gregorian calendar leading to a difference of 13 days.  One thing that keeps the dates relatively close is that both groups agreed Easter should happen the first Sunday after the first new moon after the Spring Equinox.

Add in to this that some Eastern Orthodox churches have adopted a revised Julian calendar which allows them to celebrate Christmas on the same day as everyone else does but Easter is still calculated the old way.  I know the local Russian Orthodox groups here in Alaska still use the original Julian calendar because they celebrate these holidays at different times.

According to one source, the reason the Eastern Orthodox churches refused to change to the Gregorian calendar had to do with a canon which prohibited Easter from coinciding with Passover and the new calendar allowed this to happen.  They did not want to break church law.

Another reason for refusing the new calendar is that by accepting to follow it, they were recognizing the authority of the Pope who headed the Catholic Church. Thus it indicates a unity with non-Orthodox churches.  Others felt that the acceptance of the new calendar challenged the purity of the Orthodox beliefs.

I chose this topic because the Russian Orthodox Church have been in many of the villages I've lived in so I'm more aware of the differences than most people.  I hope you found this interesting.  Let me know what you think, I'd love to hear.  Have a great day.

Email ThisBlogThis!Share to TwitterShare to FacebookShare to Pinterest
Labels: Is Easter Over?