Who Is Mrs Sherlock Holmes? 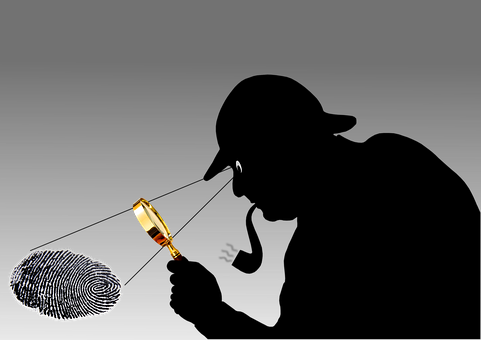 Yes, there is a female detective who was nicknamed "Mrs Sherlock Holmes" due to her amazing observational powers and ability to solve crimes.  I'd never heard of her until I watched a rerun the other night.

This woman, Mrs Grace Humiston, gained the nickname when she solved the disappearance of Ruth Cruger.

She was born Mary Grace Winterton in 1869 to a family with some money and who were well known.  She grew up going with her father to court when he needed to testify due to his being an insurance claims adjuster.

Once she graduated from Hunter College, she became a teacher before marrying a doctor whom she later divorced because he had peep holes in his examining room.  After the divorce, she enrolled in New York University because they were the only place accepting women into their law program.  She started attending at night but did so well, the University moved her to the day time program.  She graduated seventh in her class after only two years.

As soon as she passed the bar, she opened her People's Law Firm designed to help the poor, immigrants in town and her fee's were modest.  Sometimes she didn't get paid, other times, it might be a sweater, she didn't care.  She was so successful, she opened satellite offices in other ethnic neighborhoods.

Soon, she began handling more high profile cases such as the case of young New Jersey housewife who killed the man who tried to rape her.  Although she claimed it was self defense, the police could not find a weapon on him and she spoke only Italian, she was found guilty and sentenced to hang.  Grace refused to accept this decision.  So she went out, checked everything and found the missing weapon in a drawer in the country corner's house.  This caused the courts to reduce her sentence to seven years in prison.

Another high profile case involved a woman who came to her claiming her husband had disappeared. Grace followed up on several leads only to discover him working in a turpentine camp in Florida.  Apparently, he signed up to work for the company only to discover the more he worked, the more he owed until he'd never work his way free.  She reported it and as a result, she was made the first female United States District attorney.  She worked to eliminate the practice of working till you were indebted to the company for the rest of your life, a common practice in the south.

On one trip, she discovered a cotton plantation in Arkansas working Italian Immigrants as slaves because they signed a contract allowing it.  Her report was shelved by President Theodore Roosevelt but that didn't stop her.  She went to Europe, found the people in Italy providing the workers and provided the information to Congress.

Other cases she worked on included proving a man who confessed to the murder of his boss and his housekeeper had been falsified by a corrupt detective.  After she married Howard Humiston, a lawyer, Henry Cruger hired her to find his daughter who disappeared the day before Valentines day.  Although the police department searched for her, they finally concluded she'd eloped with an unknown man.  Grace didn't believe that.  After a lot of work, she followed clues which lead her to discover Ruth had been killed when they found her body buried in the basement of a motorcycle shop.

This lead to the police hiring her as a consulting detective for missing girls. She quit her law practice and devoted herself to finding these girls but due to charging the army with secretly moving girls for sex slaves, she found herself in trouble and no longer allowed to investigate crimes.  She quickly disappeared into obscurity around the beginning of World War I.

Grace did all this before women had the right to vote and while society still considered them the property of their husbands.  I found her story so interesting.  Let me know what you think.  Have a great day.
Posted by Lee MacArthur at 4:00 AM