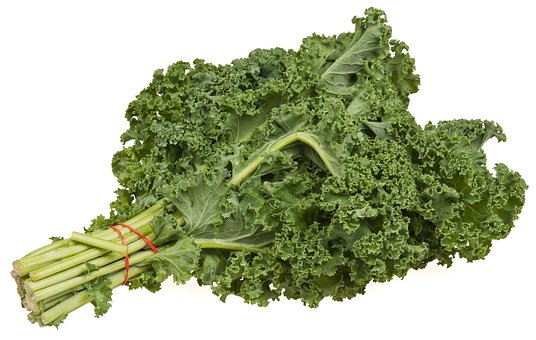 I promised you the delicious kale recipe I tasted last week at the Farmer's Market.  I had planned on sharing it with you yesterday but I thought the information on the scam was much more important.

The chef made a minor change to the recipe.  Since the kale was so tender and sweet, he omitted the apple and he grilled some shrimp, cut it up before tossing it on top of the kale dish.

He placed the shrimp on top rather than in the mix because there were a couple of vegetarians around who wanted to taste the kale.  He also sprinkled the bread crumbs on at the end so those who needed a gluten free sample could have it.
It was so good, I ordered an electric grill for my house so I can grill inside during the winter.  I've always wanted to grill but couldn't due to too much snow in the winter.  Now I can do it. It might not be as good as with charcoal but I don't have to find any in the middle of a rural Alaskan village.  I don't even think they get it out there.

It isn't that hard to adjust for Vegans, Gluten-Free, or other dietary restrictions.  The sample was so good, I immediately went out and purchased some kale that I've used in other ways because the weather has been kind of rainy and I haven't been able to use my outdoor grill.  I'll get more and try grilling it then.

I hope you enjoy this recipe.  Have a great day, and let me know what you think, because I'd love to hear.
Posted by Lee MacArthur at 4:00 AM