This Scam Is Out and About 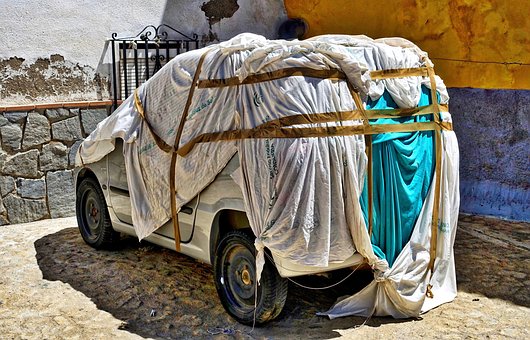 The other day, I received a text on my cell phone offering me an easy way to earn a set amount of money per week.

Sounds like a great way to earn money without having to do much other than allowing someone to wrap you car with an advertisement and you just drive around.

Unfortunately, this is a scam.According to several sites online, the text I received is the first step in the scam referred to as the "Hook".  It temps people because they don't have to do much except drive around.  The idea is that you respond to the text.  They get your information and send you a check or directly deposit an amount for more than the first week's earning. The extra is to pay for your car being wrapped and you are asked to send the extra via wire to the company who supposedly will wrap your car.  Although the car wrapping people are in a different state, they have someone who will be assigned to complete the job in your area.

The check you are sent looks as if it is from a legitimate company complete with routing number, address, signature etc.   You have no clue it is not a good check and neither does the bank, so you go ahead, deposit it before sending the rest of the money on. By the time you find out the check is not valid, its too late.  You have to make up the money from your account.  Neither the person issuing the check, nor the one who will wrap your car is real.

The text I received was for Pepsi but there are also text's and email offers for energy drinks such as Rockstar, Monster, and Red Rain, Red Bull, or other companies such as Heineken beer and Cricket Wireless.

Things to look for to tell you its a scam include:
1.  Cashing the check and sending the difference between your promised pay and the amount of the check wired via a company such as Western Union.
2.  The companies issuing checks have nothing to do with car wrapping or the product.
3.  The person you send it to is listed in a totally different state.
4.  They require you to do this immediately
5.  The English in the text or e-mail has lots of misspellings and incorrect grammar usage.

The biggest tip off of being a scam is requiring you to wire the money.  The only thing a person needs to pick up the wire is usually a fake ID and once they've picked up the money, you will not be able to recover it.

Although this particular scam has been around since at least 2013 based on the information I can find, it appears scammers are moving from email to texting to attract victims.  This is the current incarnation of the fake check scam.  Keep your eyes open for it.