The Gala and Fantasy Tea.

Yesterday as I stated, Costume college holds social events every day in addition to classes and workshops.  There are classes for fashion trends, designers, jewelry making, techniques needed to finish historical gowns, armor making, etc.  There are so many choices, it is sometimes hard to decide where to go and what to do while trying to fit lunch in.

The Saturday night event is called the "Time Travelers Ball" which is a sit down 3 course meal followed by dancing till around midnight.  I do not usually stay till midnight because I have to be up early to man the information booth on Sunday mornings.  I'm a department chair so I am required to put in some time there answering questions.

Now to a couple of photos of the Saturday night Gala. 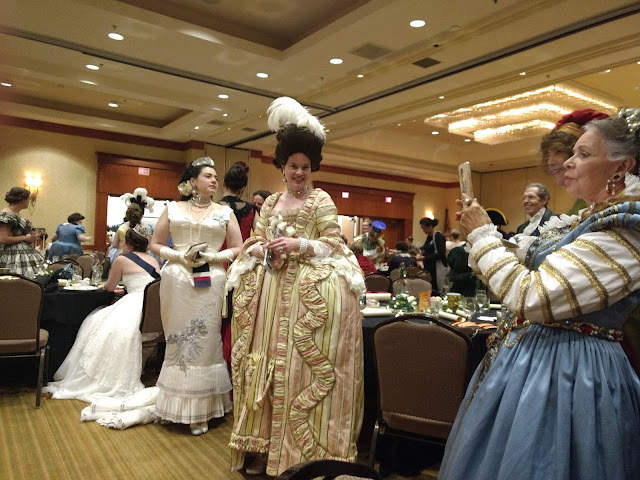 The theme of this year's focused on royalty so many of the attendees created magnificent gowns a queen or princess might have worn.  As you can see in the above picture, some of the folks spend a lot of time recreating detailed gowns for the Gala. 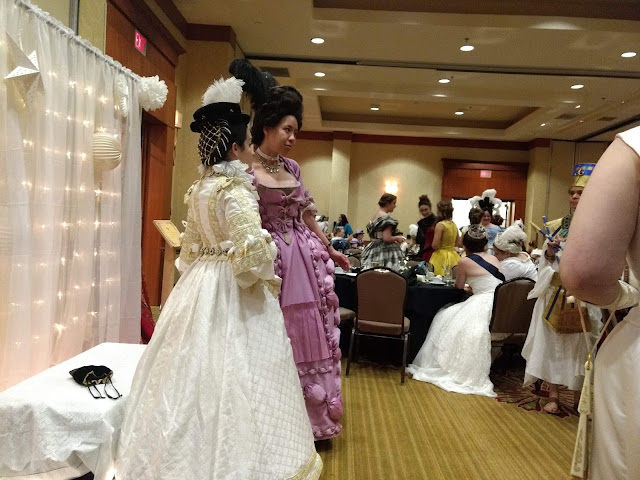 This photo area was right behind me.  I love the color and detail of the pink dress.  They work on making sure their gowns are complete from head to toe.  Many of the hairdo's are actually wigs because a wig is so much easier to fix, especially if you have extremely short hair. As you can see from the photo, not everyone gets super dressed up. The three people standing in this photo are in evening attire but it is not as decorated as the ones in the first photo.  The young lady in the front right is in a simple black and white Audrey Hepburn look she got from a local used clothing store.  The lady on the left is in something she made representing an outfit from one of the ancient civilizations.  Some men just come in suit and ties. 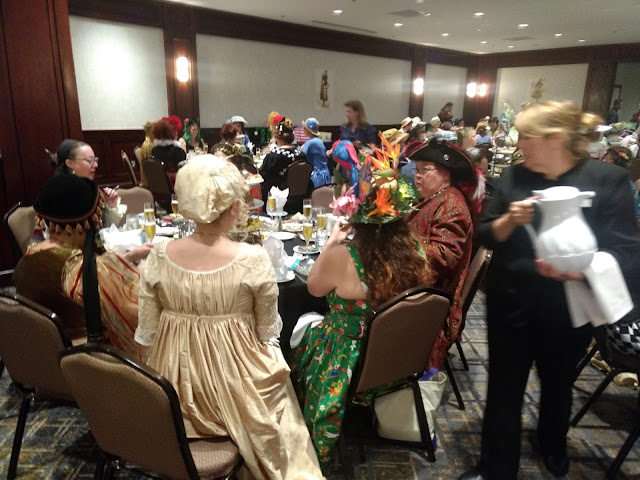 Then Sunday Afternoon, they have the Fantasy Tea where people gather for a high tea with scones,  sandwiches including cucumber, sparkling apple cider.  Each year is a different theme with raffles and time period appropriate entertainment. 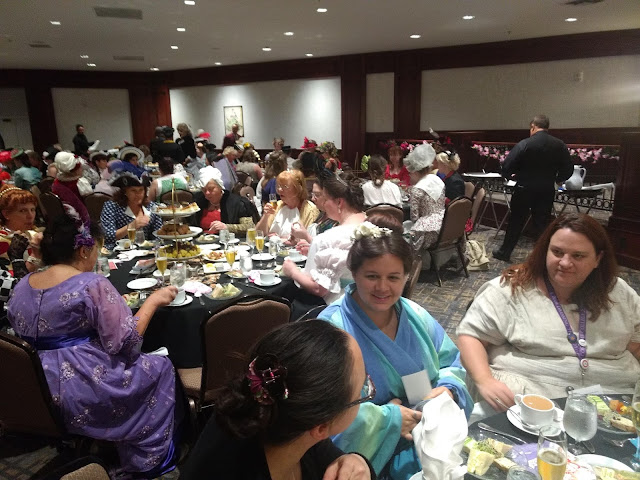 If you look carefully, you'll see people wearing the gambit from quite modern to detailed historical.  One lady wore an outfit she copied from a card she found.  The 1880's dress was kind of a Alice in Wonderland Queen with ton's of hearts, chess pieces, etc and was breath taking. 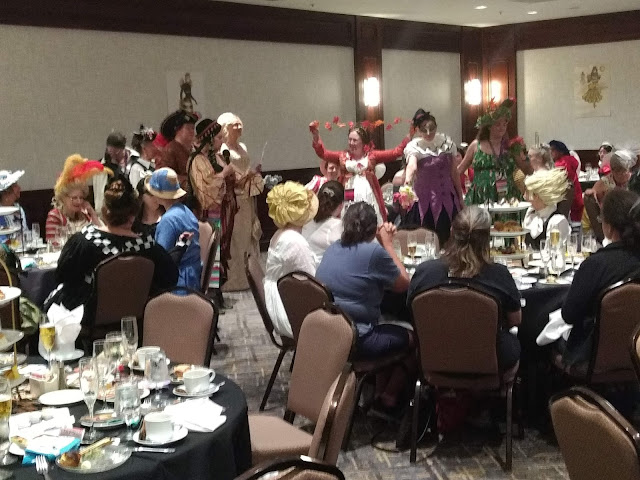 The entertainment this year was of people being given something written they had to turn into a tableau. This one had to do with the four seasons. Several of the narrarator's in the group were pirates.  Everyone who went had fun.

Thank you for letting me show a few photo's from the events held this past weekend.  On Thursday, I fly back to work and then I will be going on a quick day trip Saturday where I'll take a ton of photo's to share.

Let me know what you think.  I am always happy to hear.  Have a great day.
Posted by Lee MacArthur at 9:51 AM

Email ThisBlogThis!Share to TwitterShare to FacebookShare to Pinterest
Labels: The Gala and Fantasy Tea.