The History of Going to the Beach 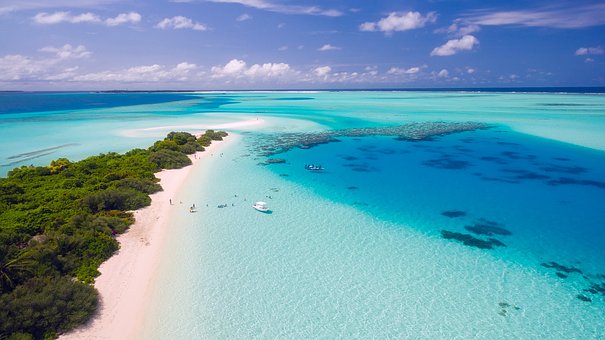 Although I grew up near the beach, I've never been one to really enjoy spending tons of time at there.  Growing up, my sister would spend hours lying on the beach, trying to get a tan.  At that time, people associated healthy with tans.

Going to the beach for the day or for a vacation is only a recent thing.  Back in the early days, before the 18th century, people feared the water and beaches.

Many people sailed off and never returned.  The beach was also where ships wrecked, people died, or natural disaster occurred.  Tsunami's could wipe out whole towns in a few minutes.  It's understandable why people feared the beach.

The poets and painters began changing the seaside into something more romantic.  People started heading to the beach to check out the real thing to compare it with the written words, or painted scenes.

Around the middle of the 18th century, things changed.   During the Industrial Revolution, it was observed that many of those in the upper classes seemed much paler and sicker, triggering  the idea the sea could restore people's health. Doctors began prescribing time at the sea for medicinal purposes.  This lead to the growth of seaside  resorts which catered to the elite by helping to 'treat' a variety of diseases such as rickets, gout, leprosy, etc.

The prescriptions included information for how long, how often, and when they should go in.  There were even scholarly papers written on the subject.  At the time, people would sometimes climb into a barrel to be lowered into the water for prescribed time.  Sometimes, people would walk in for a bit, then out.  Men were often naked while women had attendants who would hold their heads under  the water when a wave broke.

By 1840, more people from a variety of classes began heading to the beach because it provided an escape from daily life.  The growth of public transportation such as trains aided this growth.  Even the phrase "on the beach" which used to mean poverty and helplessness evolved to mean health and pleasure.  In addition, 'vacation' changed meaning from referring to a forced absence from work to taking time off for a desirable activity.

Once seaside resorts appeared in the United Kingdom, they spread to Europe beginning in France before moving on to Italy, Northern Germany and parts of Scandinavia.  Eventually, it became a desirable place for everyone, not just the richest.  By the end of the 19th century, it was common to go to the beach to swim but it was not easy for women to swim because they wore wool swim suits, covering them from neck to knee with knee high stockings and shoes.

In fact, Brighton became the first seaside resort for the working class person but over the years, seaside amusement parks sprung up such as Coney Island to provide entertainment for people.  In addition, styles and attitudes changed so women were able to swim in much smaller and lighter outfits.

Now, the beach is a place to hang when the weather is good.  Some people spend all day there while other buy a cottage so they can spend more time at the shore.  I am one of those people who burns fairly easily when I spend too much time out in the sun, so I don't get out as much as I should.

Email ThisBlogThis!Share to TwitterShare to FacebookShare to Pinterest
Labels: The history of beaches.