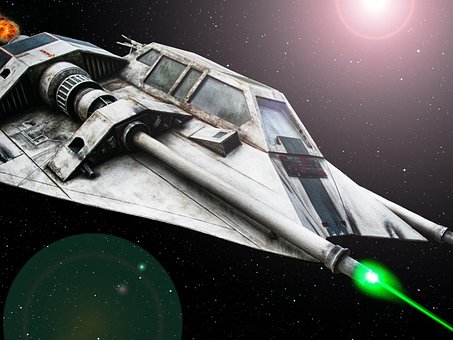 I just heard that Carrie Fisher passed away due to a heart attack.  She wasn't that old but she will be missed by many.

I remember her from the Star Wars Movies that made history and opened the minds of a generation to a wonderful world of possibilities.

I had to look her up on the internet because I couldn't think of her being in any other shows but it turns out she had a long career as an actress in addition to being a published author.

What impressed me most about her Princess Leia roll was simply the character didn't need to cling to a guy, she went out and kicked butt rather than waiting helplessly around.  Even when she was in that bikini, chained to something, she still came out on top by attacking a guard.

The 1970's were a time where women were still figuring out they were strong and could do things but this was one of the first rolls with an extremely strong woman who did not fear getting things done herself.  I loved the movies.  Yes I own them on DVD and watch them regularly because they are so well done.

It was cool the way she sort of looked at Luke Skywalker when he announced "We are here to rescue you" with a "It took you long enough, now get out of my way, I have work to do."  She was willing to get her hands dirty if it got things done.

I loved that her character had advanced to a strong general who had lived with hope and sadness.  I enjoyed the latest addition to the Star Wars line up.  Its important to me that they kept the characters internal strength.  I've heard she had completed filming her role in the next installment but I'm sorry she won't be there for the third.

To me her Princess Leia character will always be in my life because it gave me the strength to know I could and can still accomplish anything I set my mind to.  I don't have to wait for a man to save me or help me.  I can just do it.  I suspect she has influenced so many other girls in the same way her character did mine.

It was through her obituary I discovered she'd been married to Paul Simon for a short time, wrote several books, was bipolar, and lived a hard life.  The televised interview I saw, said she had her life together once again.

She will be missed.  Goodbye Carrie Fisher, Rest in Peace.
Posted by Lee MacArthur at 4:00 AM