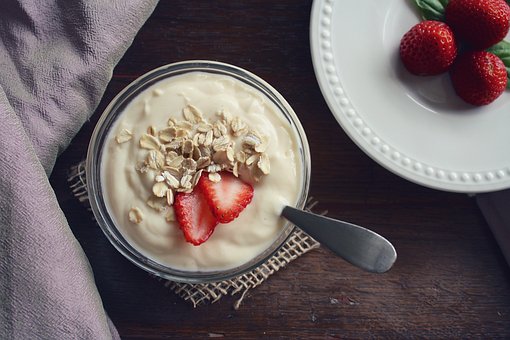 I love yogurt but sometimes shopping for it can be hard because there are so many different types to choose from.  Due to where I live, I look for the types I can use out as starter or I buy starter from a couple of different companies.

Recently, I've seen yogurts made from non-dairy milk, in addition to the regular ones so what is the difference among all of them.  Are they all healthy?

First you have to look at fat content for regular yogurt.  There are three classifications of yogurt in this group.  First is regular yogurt which is made from whole milk and must have at least 3.25 percent milk fat.  Next is low fat yogurt made from low-fat or part skim milk and has a milk fact content of between .5 and 2 percent.  Last is the non-fat yogurt made from skim milk with a content of less than .5 percent milk fat.

Since most of the low fat and non-fat yogurts are unable to thicken on their own, some sort of thickener such as pectin, gelatin, or carrageenan (made from seaweed) is used to make it look like regular yogurt.

In addition there are other ways to classify yogurt and that is by the type.  Recently, there has been an increase in  Greek yogurt so you can find it in most stores.  They say Greek yogurt is thicker due to it being strained before use, or because it has a higher milk fat content.  I've used some as starter for my yogurt at home and its come out quite thick.

According to one article, you have to be careful when buying the Greek yogurt because some companies are adding a thickener to it.  This type of yogurt is said to be better to cook with because it does not become as thin and runny as regular yogurt.

Another style of yogurt we see is Balkan or set style where the mix is placed in containers and left to incubate so it creates a thick texture while Swiss or stirred style and is stirred while incubation is taking place to give the final product a nice creamy texture.

In regard to the non-diary yogurt, the liquid requires a thickener to actually set it.  There are vegan starters from places like Cultures for Health which can be used to make yogurt from non-dairy milks but these are one time use packets and cannot be reused like regular yogurt.

I've been told by friends you can use a regular yogurt starter with non-diary milks but you need to add sugar so as to give the bacteria something to eat.  I do not know if it works at all.  I plan to try it sometime with I have a moment.  I have read that its best to use homemade nut milks because the commercial ones may have additives which interfere with the process.

If anyone has experience making their own non-dairy yogurt, I'd love to hear from you.  When I get a chance to experiment, I'll let you know how it goes.
Posted by Lee MacArthur at 4:00 AM

Email ThisBlogThis!Share to TwitterShare to FacebookShare to Pinterest
Labels: yogurt.