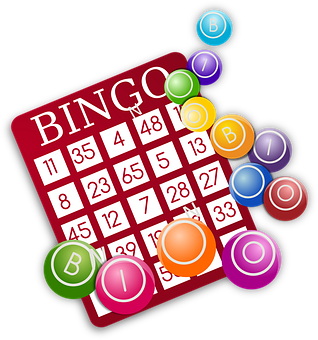 I know, who ever heard of Eskimo bingo?  I hadn't until a few days ago when a coworker suggested we play it in a couple of days.  I have no idea where the name comes from and the game does not involve a bingo card or anything else remotely bingo oriented.

It is a game but not what you'd expect with a name like that.  It is actually more of a party game because you bring a nicely wrapped gift from around your house.  It is usually something you want to get rid of but it can't be anything like a half used bottle of soap.

It is sort of similar to other gift games in that people choose a gift and can choose someone elses but not in the way most operate.

To play you have a pair of dice and a set time limit. The idea is each person rolls the pair of dice.  If they roll doubles, they select a package but they do not open it otherwise, they pass the dice on to the next person.  They go around and around selecting gifts until the pile runs out but if the time has not run out, they keep going.  If they do roll a double, they are allowed to take a gift from someone else.

They keep this up till the time limit is reached.  At which point, everyone is allowed to open their gifts and everyone enjoys their prize.  I plan to make a pan of brownies to give as a present.  I tend to give food items rather than anything else.

For the fun of it, I looked the game up on the internet and it is a real game.  It goes by other names such as white elephant or dirty Santa or a bunch of other names it a popular way of getting rid of things.  My family has something similar where they assign numbers and everyone selects presents in that order.

The first person selects a gift and then opens it so everyone can see it.  The next person has a choice of taking the open gift or selecting an unopened one.  The third person can choose either of the two opened gifts or an unopened one.  If a person's gift is taken, then they can choose an already opened gift so they know what they are getting or they choose something new.

One time, I got this great pair of kitchen knives but they were taken and I could never get them back.  My dad got stuck with one of those whirly things for the front lawn.  I say stuck because no one else wanted it.

I hope everyone has a great day.