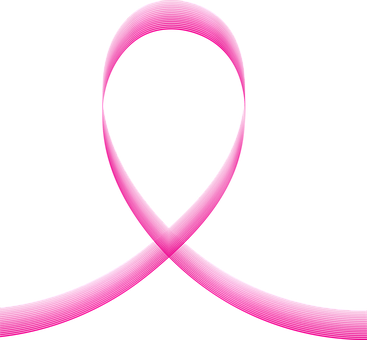 Sorry guys, I realize this is considered a female topic but its extremely important, especially if there is any breast cancer in the family.

My sister was diagnosed with breast cancer several years ago.  As far as we know, she is the first one to be diagnosed with it.  After a course of treatment, a double mastectomy, and a lot of hanging in there.  She beat it.

I found out later that she'd been having mammograms regularly but it grew rapidly after one and when she found it, it was fairly large.

She went several years before she went to the doctor about her spine hurting.  Unfortunately, it turned out she'd developed bone cancer in the spine.  From what she said, it may never be cured but with regular treatment, they can control it and she could live to be 80 or 90.

Believe it or not, she is very upbeat.  She says if one treatment does not work, there are more out there to try.  She is positive she'll do fine and out live her husband.  Every time I see her, she is positive everything is going well.  The last time I spoke with her, she said the cancer is shrinking and she's on a medication to rebuild her bone density.  She said her bones are so strong, she'll never get osteoporosis.

Because of her, I make sure I go in once a year, just after school ends, to have mine done.  I realize it does not always find cancer but the chances are better than if I don't go in.  Better safe than sorry.  I found out earlier in the week that my niece, my sisters daughter, found a lump and is going to get it checked.

Apparently, the women in her fathers' family have had breast cancer so her odds are greater than most others.  I heard she was scared and that is only natural.  My mother will let me know the results and if everything is well.  My niece is in her early 30's with 3 children so we are praying the results turn out to be nothing more than a cyst.

Today, I finally found out why they tell women not to use deodorant when going in for a mammogram.  The aluminum in the deodorant when viewed on the xray, often looks like calcification in the breasts and can lead the radiologist to a wrong conclusion.

I know breast cancer month is in October but I'm usually working then and thought I'd give a shout towards reminding women to think about having a regular mammogram, especially if there is a case of breast cancer in the family already.

Tomorrow, I'll be back to normal topics.  Have a good day.
Posted by Lee MacArthur at 4:00 AM

Email ThisBlogThis!Share to TwitterShare to FacebookShare to Pinterest
Labels: Mammograms