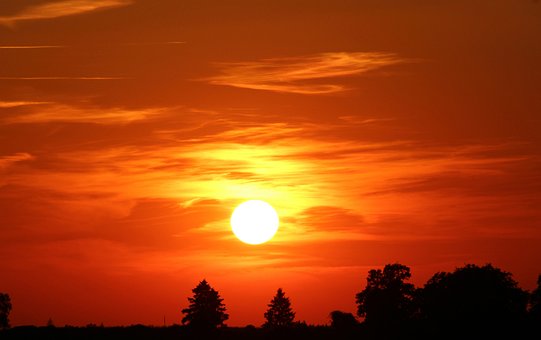 It is the summer solstice time of year again.  In Fairbanks, Alaska, that means lots of different activities designed to celebrate the longest day of the year.

The sun sets at 12:45 AM and rises about two hours later at 2:58 AM.  This means it does not have time to get dark.  I have blinds on my windows so it sort of gets dim but it never really gets dark in the house.

Its hard for visitors who come on tours during the summer.  They discover its 3 AM and they've been out enjoying a nice long walk around town.  It is easy to lose track of time since the sun does not set as you know it.  When it sets, you do not see the red/yellows/oranges traditionally associated with sunset.  The sun goes down and in a couple of hours its back up.  Sunrise doesn't have the color variations either.

We are used to it but visitors shake their heads in disbelief because it is foreign to them.  They have a difficult time when they discover the Goldpanners, the local baseball team, has one game that begins at 10 PM and goes till after midnight.  The game is played outdoors on a naturally lit field because it does not get dark enough to require lights. This event has been never been cancelled in its 90 plus year history.

The second major event is the street fair held in downtown Fairbanks from noon to midnight with
food, drinks, entertainment, a parade, and rides.  Someone said this is expected to be the largest street fair ever held.   Due to the number of people expected, parking will be nasty and people will probably have to park across the river.  I'll get pictures of the area in another week or so when I have to be down there playing a concert in the park, next to the river.

The third major event is the Midnight Fun Run, where people run 10K beginning at the University and finishing at Pioneer Park.  The only thing serious is the costuming.  The parking lot by the hockey rink is closed off to traffic and cars so people have a place to check in and get ready for the race.  The routing is cordoned off so runners do not have to fight with traffic.

After a long, cold winter with very little day light and tons of grey skies, it is great to have so much sunlight but it doesn't stop the mosquitoes from emerging and attacking anything with blood.

Let me know what you think.  I'd love to hear from you .  Have a good solstice.