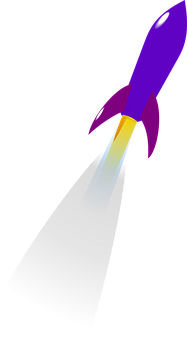 I've been seeing trailers for a new movie that has peeked my interest.  I'm sure you've seen those same ads for Hidden Figures.  It looks fascinating and I didn't know about the women who worked for NASA.

I've lived with computers my whole life and never gave though to how calculations were used prior to the use of computers.  These women were the original computers, the ones who helped create the handbooks, the papers, everything needed to calculate all the numbers needed for the space program.

In 1962, NASA began using digital computers to carry out the calculations but according to one source I read, John Glenn demanded one of the women double check the computer results to make sure they were right.

Although the movie focuses on three women out of those who worked there, there were many, many, more who made contributions to the space program. The first woman  hired at NASA Langley began in 1922 as an engineer.  In 1935, a group of five women were hired to process and analyze the data produced by both the wind tunnels and flight tests.  This temporary pool of computers did so well, the pool continued.  In fact by the 1940's these human calculators became so important to the agency they began hiring African American women but they had to work in a different area due to segregation laws.

Originally the term "Computer" referred to a person and not a machine.  It was a job title/description and was applied to those five women who made up the original pool. They ran the calculations by hand.   Several women worked their way out of the computing unit to become engineers who went on to do more with the agency.  It wasn't until the late 60's early 70's that the human computing pool was closed down, fully replaced by computers.

Although there was segregation, NASA hired women, even married women, and allowed them to continue working even after having children.  In a sense they were ahead of things but on the other hand, men with the exact same qualifications were hired as junior engineers while the women were hired as sub-professionals but over time, things changed.

All women were required to have degrees in Mathematics or a Science but they were often encouraged to obtain graduate degrees to become engineers before joining other sections.  Sometimes women were taken from the pool to work with other engineers and ended up publishing papers, etc.

If it hadn't been for the ads to this movie, I'd never have researched the topic and discovered their important contribution to NASA and history.

Email ThisBlogThis!Share to TwitterShare to FacebookShare to Pinterest
Labels: NASA