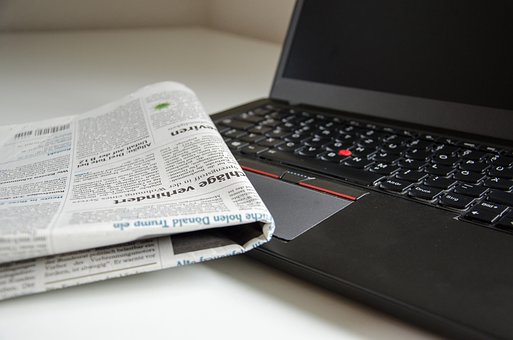 I heard somewhere that people do not want to stop and read long pieces anymore.  They want it short and to the point so they can finish it in a short time so they can move on.  Since there is so much information out there, people want to have the ability to access more within the same period of time.  People have invented apps which will pull articles down from the internet to read.  Newspapers, more and more, have on line additions.

According to one source, the ideal length for a blog is no more than 1600 words or about 7 minutes while its head line should not be longer than 6 words.  Standard newspaper articles are between 500 and 800 words. Unfortunately, the average reader only spends 9 seconds on a page.  They look at the first paragraph, hop to the middle and then the end if you caught their attention in the middle.  I admit, I am one of those people who reads the opening and hops to the middle.  It it important to put something in the middle to capture people's attention.

As far as articles go, slightly over half the people who click on the article remain for longer than 15 seconds.  That really isn't long.  Its the time you have to capture their attention so they read the whole article.  This statistic indicates that clicking on the article does not mean t is being read.  What it means is that you have 15 seconds to capture and keep their attention so they finish it.

In addition, it has been found that of those who visit the content, only a small percentage share it.  According to one piece of research there is absolutely no connection between the number of people who share an article and those who actually read it.

In addition,  many people are reading via their cell phones.  In fact, a study shows people spend double the time on articles which are over 1000 words vs those under.  It appears these readers stay engaged longer than most.

Many of these facts seem to fly in the face of a study reported on back in 2015 which said that people generally loose interest after about 8 seconds.  Is this true?  I don't know but the same study also said that over 3/4 of the people in the 18 to 24 age group reach for their mobile devices when they have nothing to do while only 10% of those over 65 do.

I'd love to hear what you have to say on this topic.  Thank you for reading.

Email ThisBlogThis!Share to TwitterShare to FacebookShare to Pinterest
Labels: Reading