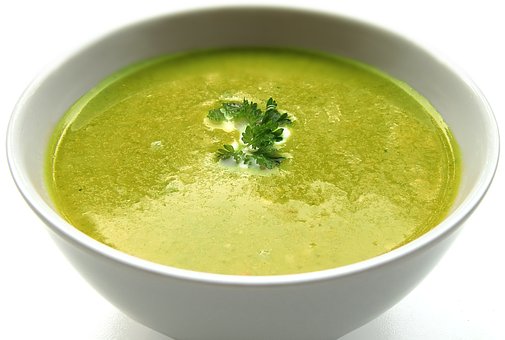 I am the first to admit that I hate throwing out anything if it can still be possibly used.  That might be why I save those little bits of vegetables people normally throw out.

I've read where people suggest you throw the bits of carrot and potato peels, pea shells, corn cobs, broccoli stems, mushroom stems, etc into your freezer in a bag until you have enough to make a huge pot of broth.  If you eat meat, you can save your bones and add those.

As far as broth goes, I usually simmer up a pot over the weekend so its ready for the week.  I add two  parts water to one part scraps and allow to simmer until the liquid has reduced by half.  Pour through a cheesecloth to remove whats left and you have a lovely broth to cook with for soup or any other dish that needs broth.

My mother was noted for cleaning the fridge out at the end of the week by throwing any and all left overs into water, cooking until soft and serving as is or blending into a creamy liquid and serving that.  I will be the first to admit some concoctions tasted much better than other concoctions.

I also take broccoli stems, cabbage cores, the last bit of other veggies, cut them up, saute them in a bit of oil, add a bit of broth and cook till soft.  I pour in a half a can of enchilada sauce, sometimes more and heat.  I dip corn tortillas in the other half of the sauce and create layers of tortillas, filling (veggies in sauce), sprinkle cheese and continue till I run out of filling mix.  The top layer is tortillas, sauce, and cheese.  I bake it at 350 till nicely browned.

I save left over rice and chopped veggies to create fried rice for one.  I've been known to throw left over rice or pasta in my soups.  I also use left over cooked potatoes in soup to help thicken or I make potato cakes.  Sometimes, I mash them and throw them in with the liquid when I make bread.

I do not limit myself if its only a tsp of something.  I find a place for it in my cooking.  I grew up with a family who tried not to waste anything because money was tight.  I've recently discovered you can use the bean liquid from canned beans to cook with.  I read you can even whip it up and use it as a whipped topping.  I think that is cool.  I haven't tried it yet but its on my list of things to try.

If I loose something in the fridge and it ends up green, I throw it in the compost of dig it directly into the garden so it will break down.  I try not to waste any food.

I'd love to hear from others on how they use those little odds and ends from cooking in cooking.  Let me know and have a good day.
Posted by Lee MacArthur at 1:52 PM

Email ThisBlogThis!Share to TwitterShare to FacebookShare to Pinterest
Labels: cooking