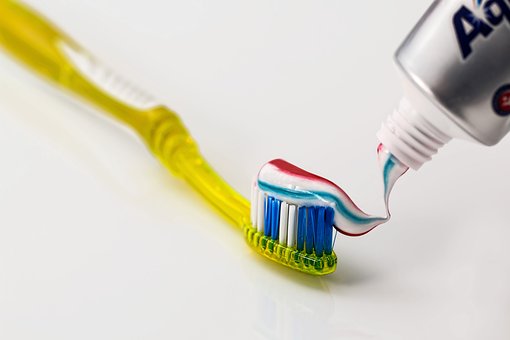 A friend just told me that his friend said he bought some cheap toothpaste which turned out to have at least one carcinogenic ingredient.

That didn't make sense to me since they are sold to the public and most things are being pulled when that happens.

So I checked into that idea.   When I searched for information on the topic, the American Dental Association is not the first place to come up.

What they indicate is they have tested and those that meet their standards are awarded a seal of approval.  They state they continually monitor all products with their seal of approval to determine if an ingredient can pose a health risk.

Their determination is based on the results of clinical studies, not on rumor.  In addition, they stay abreast of current research so if they have to withdraw a seal of approval, they can.

In several articles on the internet, I've seen a claim about fluoride being toxic, especially to children.  I understand the concern because very young children swallow rather than spit toothpaste out.

Back to the list given.  I've had trouble finding out things like how much of each of these ingredients are used?  What is the legal limit for each?  Are these ingredients actually cancer causing when they go through the stomach?  Can they actually be absorbed or are they inert and just go straight through.

According to a New York Times article published in September 2016, only one toothpaste in the United States contains Triclosen,  one of those ingredients said to be toxic.   The toothpaste is Colgate Total.  You will see comments that this ingredient has been banned in the use of soap but that is only because soap manufacturers have not provided the safety research.

From other things I've read many of the ingredients on the toxic list actually perform a specific job and may not be in high enough quantities to worry about.  It is important when you hear something like what my friend said, to go research it to find out the truth and not believe everything you hear.

Yes I use regular toothpaste and will continue to do so because I do not see it is something to be worried about it.  Let me know what you think.
Posted by Lee MacArthur at 12:08 PM

Email ThisBlogThis!Share to TwitterShare to FacebookShare to Pinterest
Labels: Toothpaste