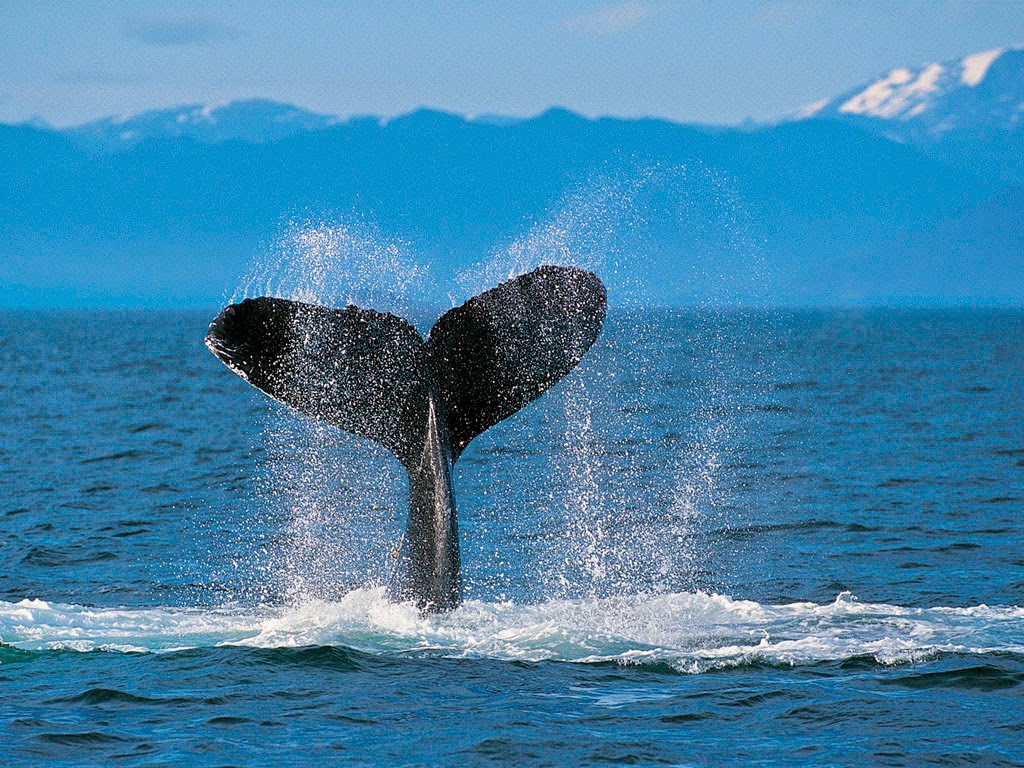 When I first came to Alaska I  ferry hopoped from Washington State up through the waterways of Canada into Alaska.  I had my car packed to the gills and it was so stuffed, I was lucky it did not explode.  This event took place in the month of September, just after school started, and before it got too cool.

Throughout the trip, the scenery was breath taking.  It was an experience that was like Alice tumbling into Wonderland.  It was wild seeing whales as we headed north to Alaska!

Yes, I felt I should be hearing that song "North to Alaska!" playing in the background.  If this had been a movie, we might have had gold miners on board headed for the promise of striking it rich.  Going all the way to Skagway so they could head up and over the Chilkoot Pass while trying not to fall prey to Soapy Smith, a con-artist who had men planted all the way up to the Canadian Border to rip people off.

Did you know he had all sorts of cons set up including a telegraph line so people could send a telegraph home to let loved one know that he or she had made it safely?  They paid $5.00 for the privilege.  Often, they even received a response that was collect, so there went another $5.00.  Of course, Soapy didn't bother telling anyone, the line dead ended just outside of town......LOL.  He died an early death due to a bullet and was buried there.
Little bit of history there.

Since it was fall, the temperatures were cooling off but the scenery was as beautiful as it would be in the middle of the summer.  I spent as much time as I could on deck so I wouldn't miss a single  breath taking moment.  Sometimes we saw pods of whales as they swam by the ferry.  It wasn't till a couple years later that I learned you can distinguish whales by the markings on their tales.
Posted by Lee MacArthur at 9:46 AM