The other day we all headed off to explore the Schloss Schwetzingen which is a palace from at least the 17th century.  The grounds have been renovated in the past 30 years to bring it back to the way it was.  My pictures do not do justice to the overwhelming beauty of place nor do they give a true grasp of the palace. 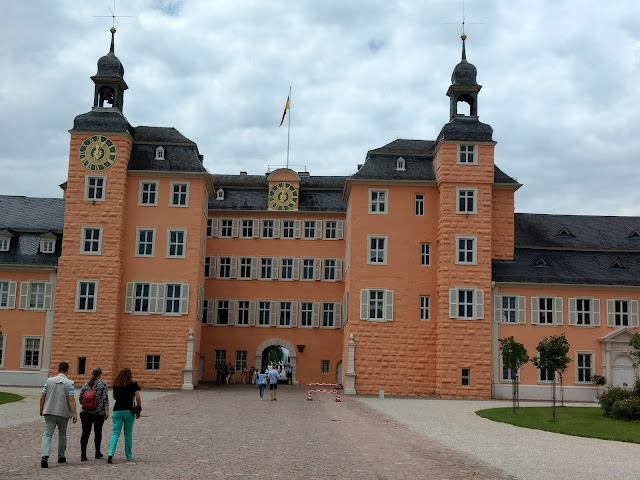 The above picture shows the entrance to the palace but there is more to the wings on either side.
There is a guard who checks everyone’s ticket. Behind me is the town, complete with restaurants, hotels and sculptures. The day we chose to go, was the night of the Germany - Mexico soccer which
Mexico won 1 to 0. 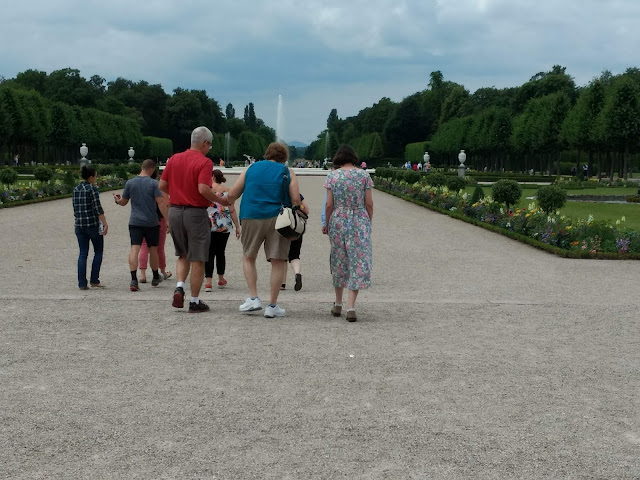 Once through the entrance, you head down this wide gravel boulevard to the fountain half way down. There are beautifully landscaped beds on both sides of the walkway.  The edges of the beds have been  planted with flowers and miniature trees. 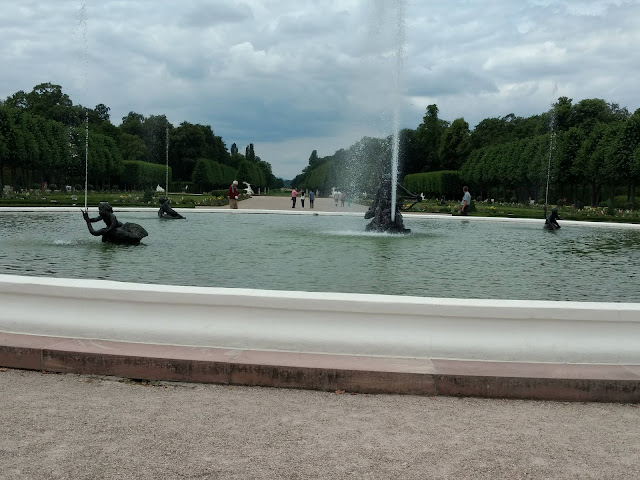 This is a shot of the central fountain. At this point you are about halfway down to the lake. The
designer of the gardens designed pseudomazes on each side of this area.  There are lots of statues scattered throughout the palace gardens. 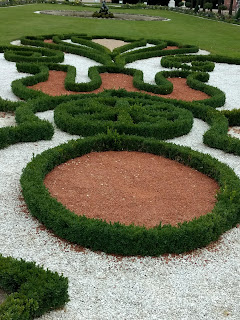 This is found at the end of the section of the garden near the walkway surrounding the center fountain. When I took this picture, I faced the entrance to the palace while the fountain is to my left. 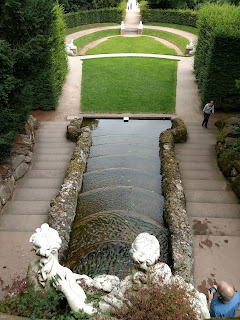 This is a photo of the water flowing downhill from one of the buildings filled with stars and sunny faces, passages going under and through the building, even a way to peek at the world through the two sculptures at the bottom of the picture.  My niece said that one of the counts inherited the property when his father died early before he had a chance to tour the world so he created several buildings based on his ideas of how things should be.  To the right of this building is the bath house.  We were asked to refrain from taking photos, so I do not have any to share. 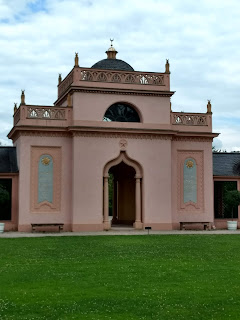 At one point, after reaching the lake, instead of veering towards one of the wings, we headed into the opposite direction to find the Mosque. I do no believe it is a real Mosque because my niece referred to it as a ‘folly’.  No matter, it was a beautiful building with extroidinary artwork. 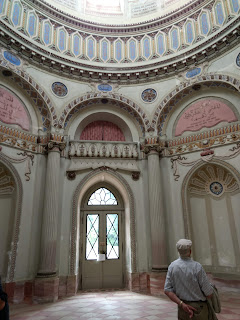 This is a photo of the inside of one wing. The floor is not particularly exciting but you can see from the photo the walls are beautifully done. 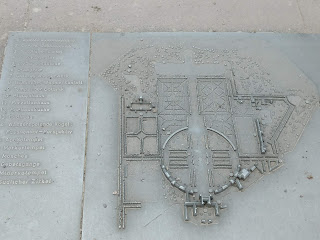 This map appears in several places in palace grounds. I hope you enjoyed the photos. This is not as well known as other places.  Tomorrow, I will share photos of a castle in Heidelberg.

Let me know what you think.  I’d love to hear.