Women Get This Once A Year! 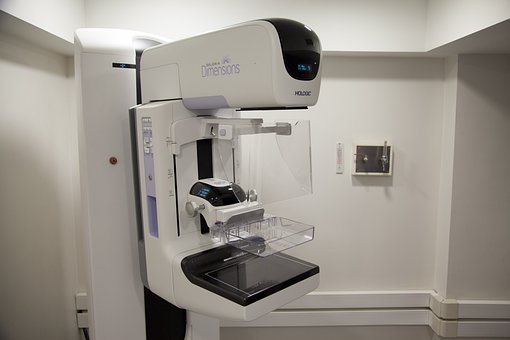 I just went in for my annual mammogram the other day.  I go in every year and have since I hit the age of 40. I do not have any history of breast cancer in my mother, aunts, or other relatives but I still do it - Just in case.

A few years ago, my sister called me to tell me she'd found a lump in her breast.  Her doctor sent her in and it was found to be stage 3 breast cancer.  Specifically, invasive ductal carcinoma, the type of breast cancer women get 80% of the time and its more common in older women.

When I heard, I wondered why she had not been getting regular mammograms.  In my mind, it was obvious she hadn't done that, otherwise it wouldn't have been so far along but later on when I spoke to her, she'd told me the previous one had no sign of cancer.  None.

She underwent chemo and a double mastectomy.  The mastectomy was a precaution to prevent the spread.  In the process, she gained a bit of weight especially around the abdomen but when my father pointed it out, she replied she wasn't going to lose it because it was her future boobs.  We laughed over that and laughed hard.

Until her breasts were rebuilt, we'd laugh any time she had to adjust her boobs.  They were actually knitted triangles designed to fill in her cups.  Since they were not glued in place, they'd slip and she'd look crooked.

One day, she called to tell us everything was in remission.  We cheered and picked up our plans.  The plans that we'd move in with each other when we were old and grey.  We'd be like those spinster sisters you saw in the movies.  Life was good filled with family picnics, trips out on her boat, and a future but one day, she experienced a sudden pain in her back.

She went to the doctor and came back with a diagnosis the cancer had returned.  It was in her spine and a couple of lumbar collapsed due to the cancer.  It was back to more treatment.  She told me that cancer returns in 75% of the cases but I never actually researched that particular figure.

The fight was on.  The first time through, she continued to work taking only a Friday off for treatment and on Monday, she'd be at work but the second time through, it was so much harder.  The company laid her off so she went on permanent disability.

During the second round of treatment, she had her ups and downs. At the end, it looked like things were improving but someone shared some germs with her.  In less than 48 hours she died.  I hate it took her life so young but because of that, I make sure I go in and get my mammogram.  I make sure I do it every single year.  I do it because she had cancer and because I suffered cysts on a regular basis.

Will it catch cancer early?  All the nurses who work in that part of the hospital tell me, this is the best way to detect certain types of cancer earlier enough to treat.  I believe them and I encourage every woman aged 40 and above to go in and get a regular mammogram, especially if anyone has had cancer in your family.

I miss my sister but I will continue going in for the mammogram in her memory.  Let me know what you think and make a commitment to your health.  If you can't afford one, check around because there is often money donated to get mammograms for women.  Its important.

Have a great day.

Email ThisBlogThis!Share to TwitterShare to FacebookShare to Pinterest
Labels: Mammograms